2013 kicked off with London Collections:Men and ever since everyone has been talking about London Fashion Week which kicks off next month. This time round it seems everyone on the high street wants to be a part of the event, following Topshop who debuted their Topshop Unique collection back in 2005 and has now become a staple part of the LFW schedule.

Last week Whistles announced they will showcase a Limited Edition collection on the 17th of February as part of London Fashion Week. Chief Executive of Whistles, Jane Shepherdson who has organised the event, was working as brand director at Topshop when they showcased on the catwalk. People have been very opinionated about this but Melanie Rickey (Fashion Editor at Large) thinks it is a good idea. "It's very valid for Whistles to have a runway show, " she tole MyDaily.

As well as Whistles taking part in LFW, high street brand River Island also wants a piece of the action. They are debuted Rihanna's first ever collection with the brand at London Fashion Week. River Island have described the collaboration with pop artist, Rihanna as 'the most anticipated collaboration of 2013'. Would the brand be showcasing at London Fashion Week without Rihanna's name tag? I for one don't think they would, but I am definitely looking forward to seeing the collection.

H&M is another high street brand that is getting involved in all the fashion week fun. H&M announced earlier this week that they are to debut their Autumn/Winter 2013 collection on the 27th of February at Paris Fashion Week. H&M is known for their collaborations with designers and it isn't their first time on the catwalk so I think they have been welcomed with open arms.

A lot of people are questioning whether there is enough room for high street brands at fashion weeks or if it is ruining the exclusivity that fashion weeks hold. In my opinion brands such as Topshop, H&M, Whistles and River Island all have a huge influence on our wardrobes so should have some input. As long as brands such as Primark and Dorothy Perkins don't get a space on the catwalk then I'm fine with it.

H&M for Paris Fashion Week, Whistles for London Fashion Week and Rihanna for River Island-What's next? 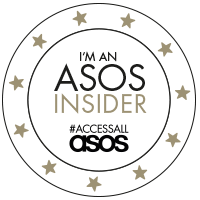